Another new feature for Heaven’s Garden. Friday Friends…where we’ll introduce you to some of our writing friends, or other friends we think you’ll enjoy meeting and getting to know. When available, we’ll share Social Media Contact, so you can Twitter with them, LinkIn with them, Facebook them, or perhaps get Pinterest’ed in them.

Our first friend will also be our guest tomorrow. We thought you’d give you some of her information now so you could get to know her a bit. 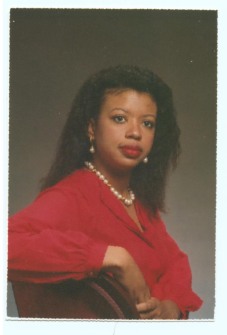 Also known as “Pen,” she’s written for “Steppin’ Out,” “Black Health,” and published two stories – a novel, “Vashti’s Star,” and a novella, “Raven’s Shelter” (in “Taming of the Wolf 2” anthology) available at Amazon.com. Recently contracted with Red Rose Publishing for her upcoming series, “Alerians – Dark Progeny, and writing shifter series for Kindle, “Dark Sentinels,” to be released Summer, 2012.

She is also an award-winning author, counselor and professional musician.

So how did Rob and I come to meet Dariel? We met online at Romance Diva’s, a forum for writers of all types of Romance. I’m still getting to know Dariel, but I can say in all honesty, I’m having a blast as I learn more about her. She’s a strong, courageous woman who even when life can be difficult health wise, keeps on moving forward. When I grow up, I hope to be even half like her!

Sable, a sentinel wolf shifter, is captured and locked in his wolf form until Akila, a veterinarian, tries to tame him and unleashes a 6’5″ baby blue-eyed surprise.

Dr. Akila Marshall is a veterinarian with a calling – save as many stray animals as possible. The only child of wealthy, yet distant parents, she’s convinced that love is not for her. Until…

Sable’s search for his twin sister leads him to Akila. Born into a rare species of wolf shifters whose main purpose is protecting others, he has always been forced to fend for himself, but Akila’s loving, protective nature draws him – and not a moment too soon. Together, they must learn to trust each other enough to overcome a new, deadly enemy.

Who Are The Dark Sentinels?

They lived millions of years ago, fatalities of fear and prejudice. Now, answers to a prayer for survival, they are among us again. Other shifters were nearly extinct, murdered by the thousands at mostly human hands. Capable of shifting at will, without the aid of the moon’s phases, they were born to protect them. Bigger, stronger, faster, and longer living, with highly developed preternatural abilities, they are prized outsiders among their packs. Prized for their ability to protect, yet destined to live as outsiders because of the very differences necessary to prevent the pack’s extinction.

Born to stand at the crossroads between pack-members and their slaughterers, Sentinels quickly learn that they are on their own – a different species. Born human, only two are born to each pack, male and female alphas, brother and sister. Pack members deny them mating privileges within the pack based on fear. No female wants to bear a sentinel because their lives are constantly at risk. When danger comes to the pack, they are on the front line, considered expendable.

When they reach mating age, they leave the pack for a time to find a mate – another sentinel. What happens when a sentinel develops feelings for a human? What happens when malevolent scientists learn how to strengthen humans by using sentinel blood?  As you can imagine, with their feral nature barely beneath the surface, Dark Sentinel passions run high. Touch, affection, and loyalty are necessary for their survival, and they are willing to go to extraordinary measures, risk everything, and break every rule for love.

angel Graham is a part time artist, part time reviewer, and a full-time Wife, though it is long-distance at this time. View all posts by angel